The objective of this project is to gain more knowledge about the propagation of radio waves in the ionosphere at Antarctic lattitudes and at frequencies between 100 kHz and 50 MHz. This is achieved by using transmitting and receiving beacon signals from about 1000 ham radio stations spread over the globe. These stations are ham radio stations, which transmit as beacon or/and report the received beacon reports named “spots” to a common wsprnet
database system. The beacon messages use the WSPR protocol. WSPR is the abbreviation for weak signal propagation reporter, which has been developed and introduced in 2008 by Joe Taylor, ham radio call sign K1JT, Physicist and Nobel Laureate. The project was scheduled to last for at least one year with request to extend it over a full sun spot cycle of 11 years until 2030. The project is sponsored by the two prime investigating institutions as well as by DARC (German Amateur Radio Club) and supported by several highly dedicated private persons. When starting the project in January 2018, the first objectives were to install a receiver station at the station's air chemistry laboratory SpuSo with specially designed antennas and a transmitter station with a conventional vertical antenna on the roof of the Neumayer Station III.

The installation of all developed equipment was done by the Neumayer Station III personal with the aid and support of AWI. The receiver system at SpuSo was installed in January 2018 using two horizontal triangle antennas. The triangle antennas have been designed byši antenna simulation programs optimized for wave reception from North America, Europe and Australia / East Asia because most potential transmitters are expected to be located there.
There are two horizontal triangular antennas, one inside the other. The large outer triangle antenna has a circumference of 160 m, the smaller antenna has 60 m. They were connected to the station room of the SpuSo container via a 1:4 transformer and via 90 m of low-loss coaxial cable. A measurement of the reflection parameters with a vector network analyzer proved, among other things, the correct system setup and the lengths used.

In the station room, the antennas are connected to the two preamplifiers and those to the inputs of the receiving system. The receiving system uses a Software Defined Radio (SDR) system with a Red Pitaya FPGA programmable measurement device. Due to the low electromagnetic noise caused by humans in Antarctica, the preamplifiers were tuned to a high gain – a remote adjustment up to 55 dB amplification is possible. Also the SDR-Red Pitaya is completely remote controlled. The SDR systems FPGA is parametrized for 8 independent receivers, which can be operated in parallel on different frequency bands dependent on the time of day and time of the year. A second portion of experiments includes a small transmitter for frequencies from 5 to 18 MHz, which – due to the limited mounting of antennas – were installed directly at Neumayer Station III. A vertical antenna with 4.5 m length was installed on top of an already existing antenna tower on the roof of the Neumayer Station III together with multi-frequency adaption network for the selected frequency range. Impedance matching measurements of the
antenna system with the adaption network showed only satisfactory results, but based on the worldwide spot results of the beacon emissions (see figures below) this is acceptable for the adequate radiation of the transmitter.

During the period of use from late January 2018 until end of December 2018 the receiver system showed a good and very reliable performance of the antennas as well as with the remote controlled receiver system. Remarkably, the reception of the transmitter at Neumayer Station III at the SpuSo receiver station at distance of about 2 km was possible up to a deviation of +7 s. This has not been further investigated yet. There are conjectures that this reception was possible owing to the high signal strength was measured there and because the wspr signal includes a high Forward Error Correction (FEC), which makes a correct decoding possible even if only very few parts of the message were received A new and better GPS antenna outside Neumayer Station III was installed in January 2019. This enables continuous time synchronization since then. In 2018, totally 96,052 spots were registered from transmitter at Neumayer Station III at SpuSo. These spots have not been registered in the wsprnet.org database. On the other hand in 2018, the transmitter was reported 131,499 times to the wsprnet database by receivers all over the world. This was partly due to the partially defective transmitter, especially in March and December, and partly due to propagation conditions of the ionosphere during the solar spots minimum. For the next period in 2019 we expect an increasing number of spots due to a better conditioned transmitter.

During operation time in 2018 the receiver station at SpuSo reported 879,094 accepted spots from world wide transmitters to the wsprnet database. The aforementioned 96,052 spots of the Neumayer Station III transmitter were substracted from this number in the database. Figure 5 shows the distribution of the reported signal to noise ratio (SNR) of the world-wide receivers. The SNR is calculated with a reference noise band width of 2.5 kHz. As shown in
the Figure 5 some receivers report SNR down to -34 dB. As a new release in November 2018 of the decoder software improved the decoder by 3 dB, it is expected, that only a few reporting receiver stations use this new release.

Read more about it in a preprint from the authors>> M. Hartje (HS Bremen), U. Walter (TU München)

The objective of this project is to gain more knowledge about the propagation of radio waves in the ionosphere at Antarctic lattitudes and at frequencies between 100 kHz and 50... 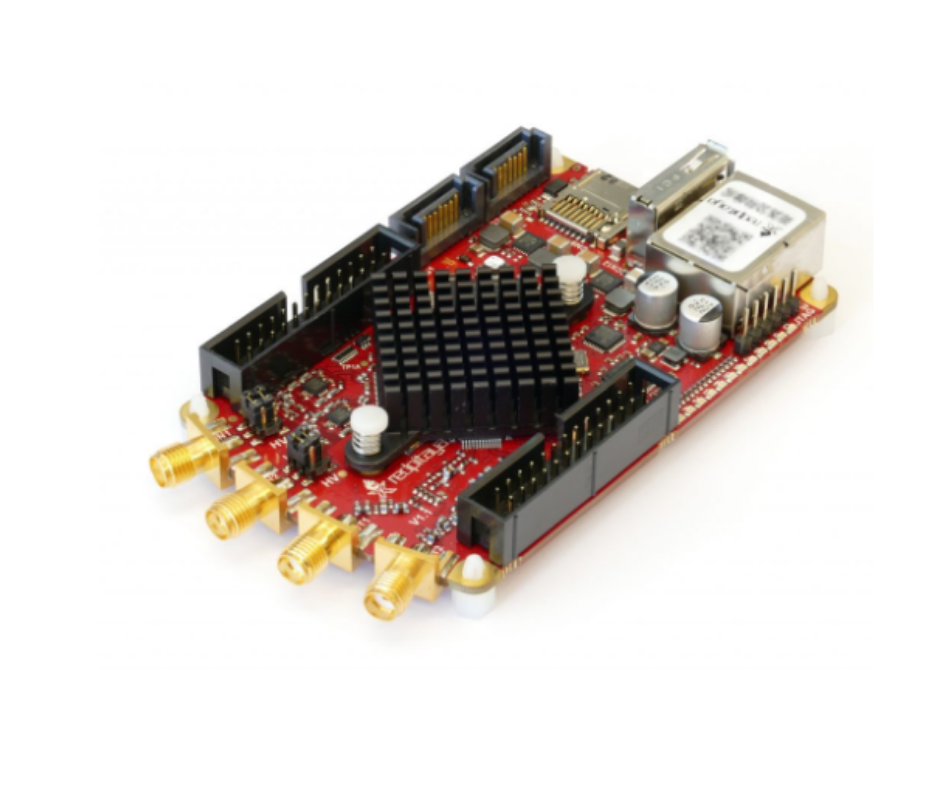 We are excited to share with you an amazing project by Pau Gómez Kabelka, a PhD student at the Photonic Institute of Barcelona. Canvas is a free graphical DSP (digital signal...