We are speaking about the application which models a physical system, turning Red Pitaya into almost any linear system that can be included into a measuring and control circuitry.
The test setup was a very straight forward one. The idea was to generate a signal, feed it into the application and monitor the output. So in addition to Red Pitaya running the LTI DSC Workbench we also needed a generator and say, oscilloscope … well, the second Red Pitaya was at hand.

Here is also a photo of the actual setup. 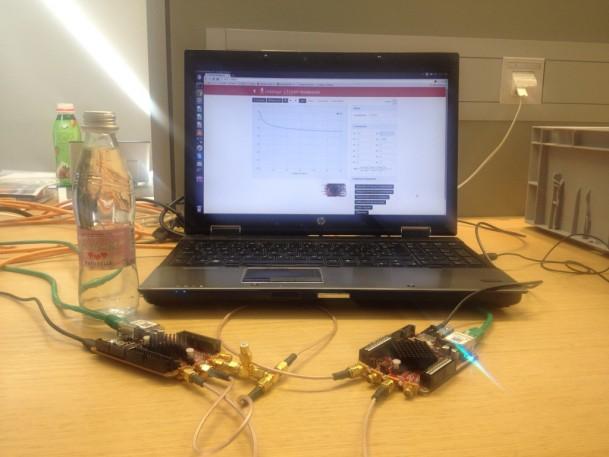 First impression with the application was that the front panel was very clean, following the scheme of previous applications. At a second glance, one spots the application already contains some frequently used configurations. Anyhow we wanted to learn about the unit transfer function first.

Here is the generated (red) and returned (blue) signal. We see some latency, which certainly will be reduced if the application is ported to the FPGA, and some minor transients we noticed in the signal. About the latter – we suspect it was the FIFO buffer, but consider it cosmetics anyhow. 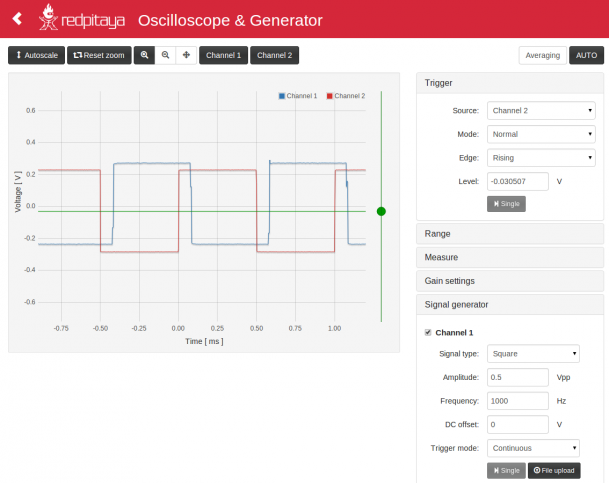 Further on we started with simple models – the predefined integration was at hand, with frequency diagram as shown below. 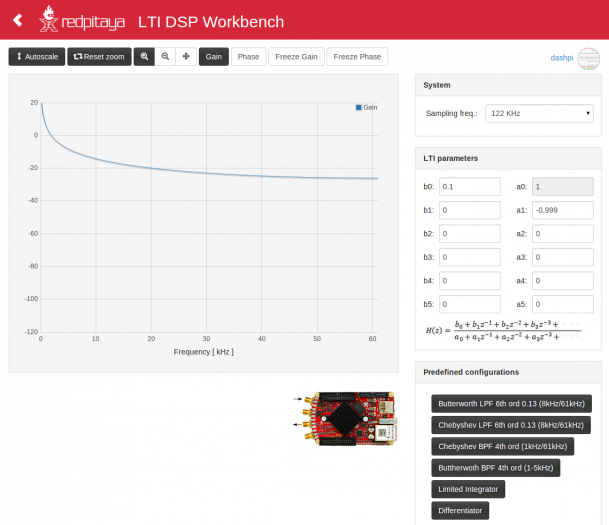 With fixed b0 we were varying the a1 coefficient. It was all consistent and normal to obtain such differences in output waveforms only with a small change of a1. 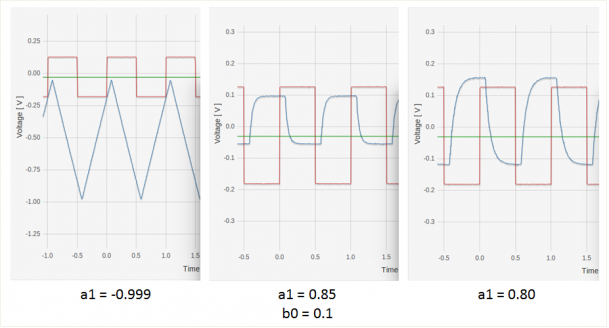 We continued with other configurations and the application worked just fine.

On the Red Pitaya forum there is actually a topic about this application. A transfer function of Chebyshev low-pass filter is shown there by the author as an example: 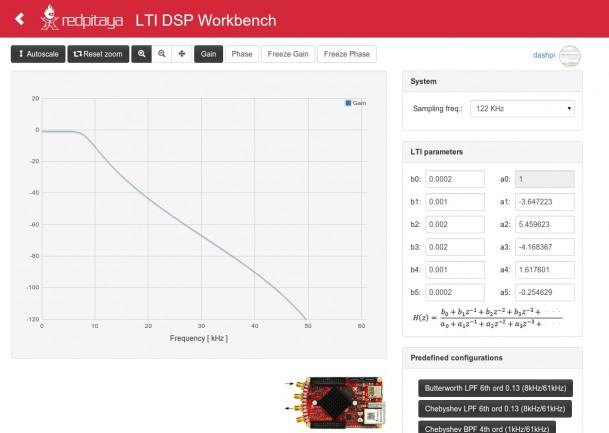 So here is the input and output from the filter, confirming that the application may find one of its first uses in fine circuit tuning. That works just fine: 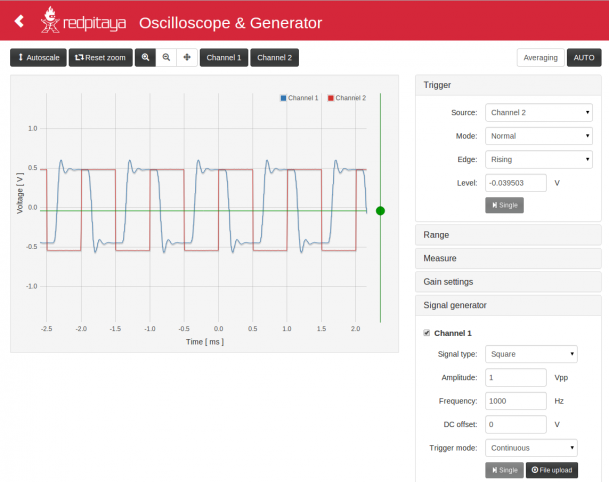 As understood, the application is single input and single output. It is no wonder that quickly a state space model was suggested and discussed for a 2×2 MIMO (multi input multi output). A possible implementation was indicated already on the forum.

In short – as was previously said – it not only a great idea but also great implementation!
Hey DashPi – much respect to you!

Interested to see how Red Pitaya can be used for fish counting? Yes, you heard that right!

Want to say hello from the processing system in the Zynq SoC with the Red Pitaya STEMlab?

Want to say hello from the processing system in the Zynq SoC with the Red Pitaya STEMlab? If yes, then this blog will be of big help. Check it out! >>