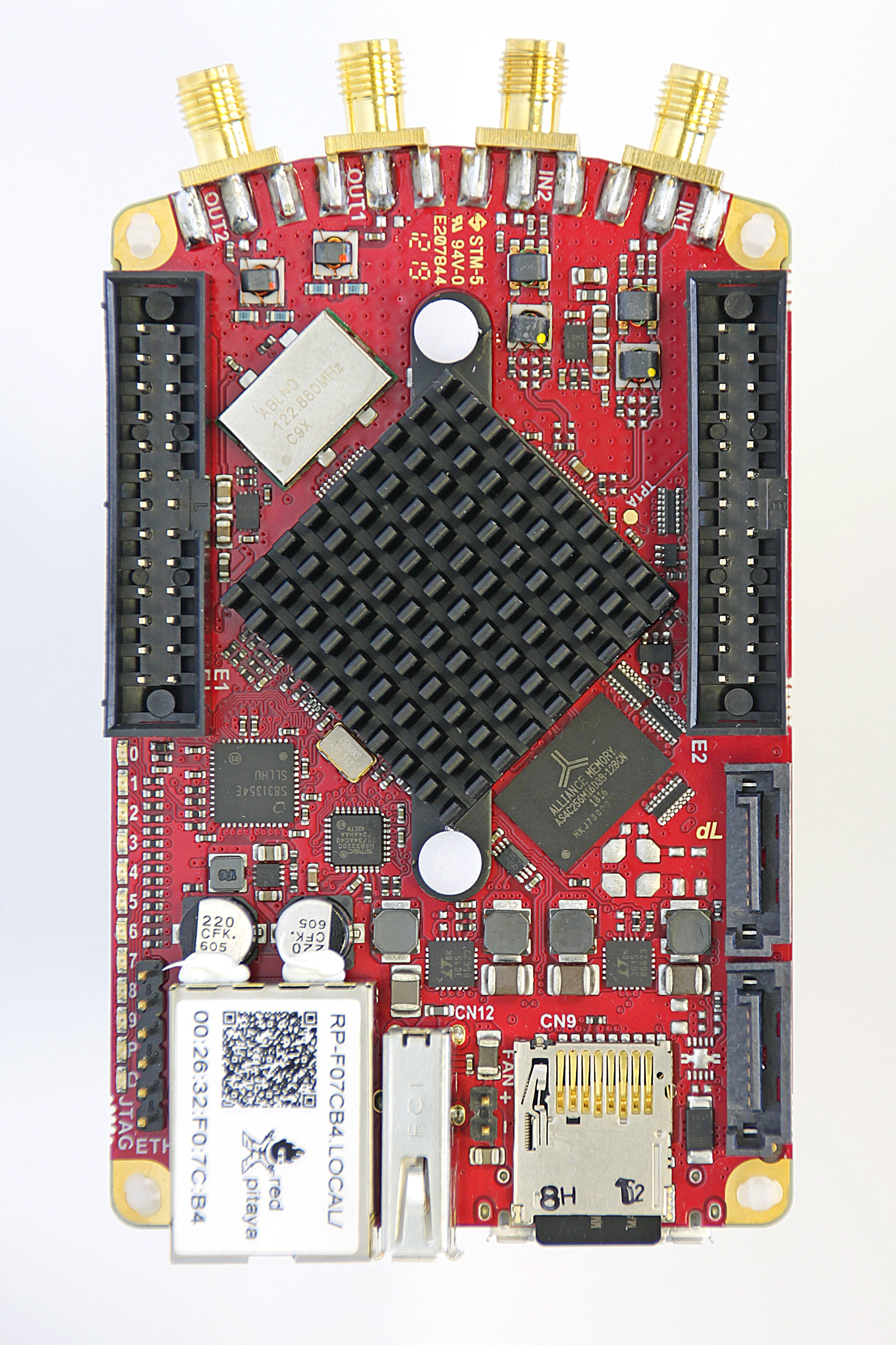 Today we are sharing an article from Reverse beacon network blog, who wrote about using the Red Pitaya's SDRlab. This is part 1 so stay tuned for part 2.

The Red Pitaya SDRlab 122.88-16 (which I will call the RP-16 from here on out) reflects the company’s recognition of the needs of radio amateurs, and particularly those who are interested in contributing to the RBN. Its 50-ohm input impedance, 16-bit dynamic range and other capabilities I’ll get into later, make it the ideal successor to the QS1R receiver that many of us used initially, but which is no longer available.

My purpose in writing this guide is to organize information, much of which is already scattered across the Internet, about various ways you can use the RP-16 to receive and/or spot CW, RTTY, and other digital modes (including FT8 and FT4). In this respect, I must recognize the contributions of Bob Wilson, N6TV, who has worked tirelessly to help the RBN-OPS and Skimmertalk communities realize the potential of the RP-16. Thanks also to Pavel Demin for his foundational programming of the receiver application for the RP-16; without him, it would be just a nice piece of multi-purpose lab equipment.

Getting the Red Pitaya-based receiver going

One caution going in – there has been a lot of discussion over the last few years about using various Red Pitaya versions on the RBN. Be forewarned that most of that information, particularly as it refers to interaction with the file system on the RP, is obsolete unless it is specific to the RP-16.   For example, as Bob, N6TV discovered, “The home directory on Alpine is actually mounted on a temporary file system (like a RAM disk).  It goes away and is recreated from the archive on the SD Card every time you reboot the RP.  If you don't update the archive, any changes are lost.  This applies only to Alpine Linux, not Ubuntu. Files in the /media/mmcblk0p1/ folder (including the "apps" folder, which is a symbolic link, like an alias) are actually on the SD card.”

Before you put the RP-16 into service with Skimmer Server (SkimServ), there are a couple of important considerations. The first thing to know is that because it is intended as a multi-purpose instrument platform, the RP-16 has no filtering or protective circuitry between the antenna input and the Analog to Digital Converter (ADC). This can cause all sorts of obscure interference problems. For example, I had a couple of loud FM stations that raised the noise floor considerably on 15 meters. There are a variety of HF low-pass filters on the market, typically with roll-off beginning at 70 MHz. Another option is to use that old TVI filter that’s been in the basement forever.

The second caution has to do with Ethernet, how that the RP-16 communicates with your computer or network. Because of the tremendous capabilities of the RP-16, it moves a LOT of data across the Ethernet connection to your computer. For example, I’m currently running two 8-band receivers, and my PC says that the data flow to the two instances of SkimServ is 166 Mbps. In other words, you’ll need a Gigabit Ethernet adapter on your PC. The most trouble-free way I’ve found to manage this is to put an inexpensive Gigabit Ethernet switch in your station, and connect it to your RP-16, shack computer, and router. The resulting performance is seamless and reliable.

For now, though, let’s just get it ready to run: The RP-16 requires both an operating system (Linux) and application(s), including the SDR itself.   It comes with a micro-SD card and adapter to fit your PC’s SD card slot (or one of the many SD card readers on the market).

The first thing you need to do is format the card in FAT32, which is not what typically comes on the card. It is not the same as FAT. Then find Pavel Demin on Github (specifically, go to https://pavel-demin.github.io/stemlab-sdr-notes/sdr-receiver-hpsdr/ There’s a huge amount of information there on how Pavel turned the RP-16 into a software defined receiver (SDR) compatible with the Hermes standard. You will also find links there to a zipfile containing the bootable SD card image, which you will want to unzip and copy onto the SD card. It includes both the Alpine Linux operating system and several receiver and transceiver programs for various modes.

Before you can run either CW or RTTY Skimmer Servers on the RP-16, you also need to download HermesIntf-18.5.22.zip or later from K3IT’s Github page <https://github.com/k3it/HermesIntf/releases>. Extract the Zip file and save HermesIntf.dll in the Skimmer Server program folder (usually C:\Program Files (x86)\Afreet\SkimServ\). Rename the DLL to HermestIntf_xxxx.dll where xxxx is the last 4 characters of the RP’s MAC address, which is printed on the label on top of the Ethernet connector.

As it comes from Demin, the SD card has a number of different applications on it. You want only one, apps/sdr_receiver_hpsdr. To start the receiver automatically at boot time, copy its start.sh file from the apps/sdr_receiver_hpsdr folder to the topmost directory on the SD card. This can be done either on Windows, before you insert the card into the RP, or by entering the following three Linux commands in sequence, after logging in to the RP command prompt with PuTTY (default id: root, default password: changeme):

Insert the SD card in RP-16 SDR and connect the power. If the operating system and the HPSDR-compatible receiver app are properly installed on the SD card, when you connect power to the right-most micro-USB port, the RP-16 will start booting up, which typically takes 30 seconds or so. During boot-up, the blue and green LEDS next to the RP-16’s Ethernet connector will be on steadily, and a yellow LED at the opposite end of the array will flash roughly once a second. When it stops, you’re ready to move on. The blue and green LEDs stay lit so long as power is applied.

In the next installment I’ll tell you how to activate and use the second complete receiver in the RP-16. Stay tuned.

Newer Bring your lab to students, a guide for professors
Back to list
Older Using Two Receivers in Your Red Pitaya - Part 2
close 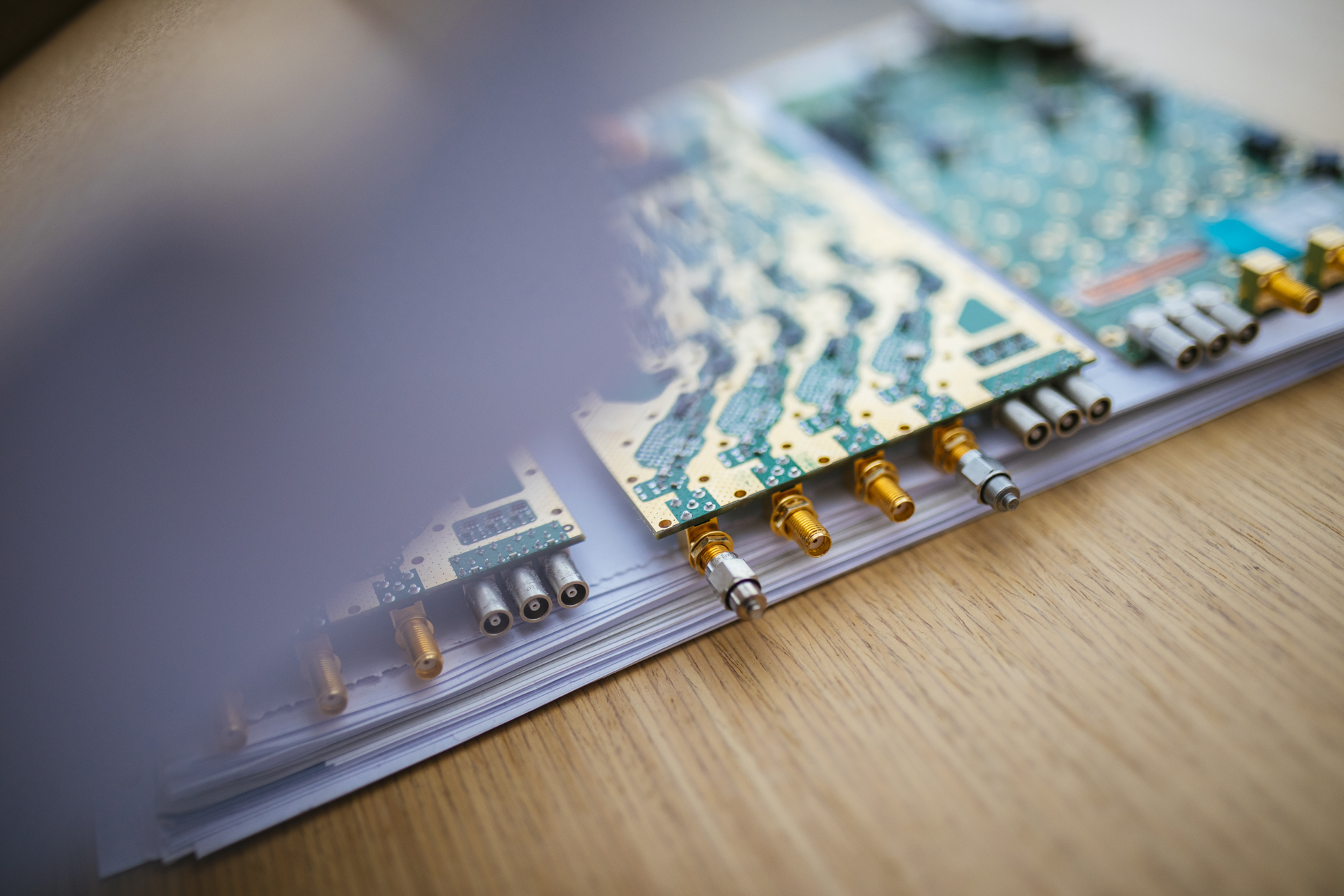 Are you an industry member? Loving Red Pitaya as a product but it doesn't quite fit your needs? We have an answer for you! 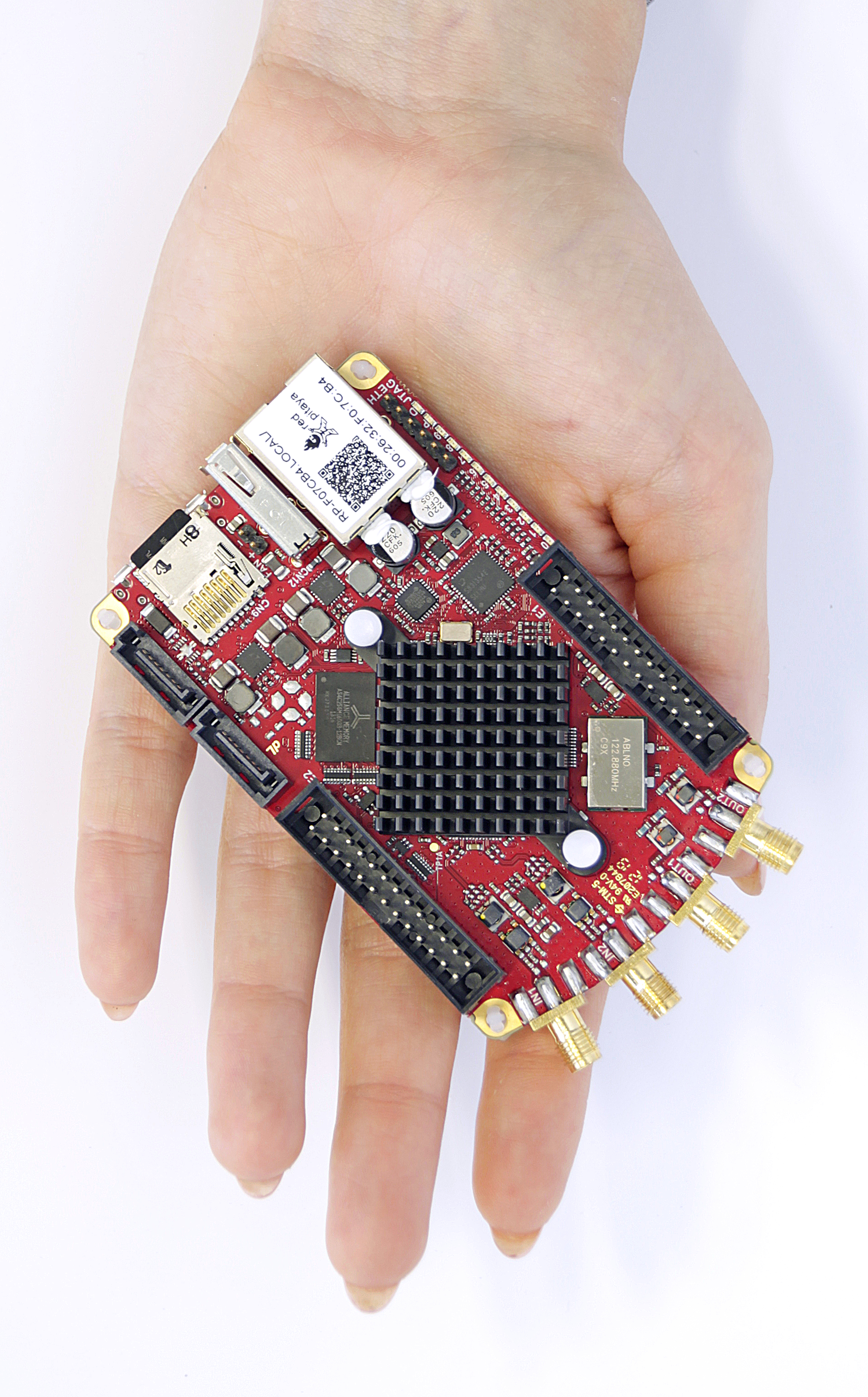